An aboriginal rights group has reported former International Olympic Committee vice-president Dick Pound to the IOC’s ethics committee, accusing him of making racist and intolerant comments about Canada’s native peoples and demanding that he be denounced ahead of the 2010 Games in Vancouver.

André Dudemaine, director of LandInSights, a Quebec-based aboriginal advocacy group, said Mr. Pound made comments in an interview with Montreal’s La Presse newspaper in August, in which he called 17th-century Canada “a land of savages.” The comments were discriminatory and contrary to the IOC code of ethics, Mr. Dudemaine said.

Mr. Pound, speaking in French in a story about the Olympics published Aug. 9, was responding to a question about the potential embarrassment of holding the Games in China, where dissidents had been jailed and a Tibetan uprising crushed.

“We must not forget that 400 years ago, Canada was a land of savages, with scarcely 10,000 inhabitants of European descent, while in China, we’re talking about a 5,000-year-old civilization. We must be prudent about our great experience of three or four centuries before telling the Chinese how to manage China,” Mr. Pound told journalist Agnès Gruda.

Yesterday, Mr. Pound said he had no intention of making a racist remark, and that it could be clarified by a better understanding of the context.

“I was defending the IOC [and] its choice of Beijing against assertions by the North American media,” he said. “Yes, I’m sure that there’s probably a more politically correct way of expressing it in this day and age. But I was saying think back to what it was like 200 or 300 years ago before you start lecturing a 5,000-year-old society. It wasn’t a comment on the government of whatever the aboriginal peoples might have been. It was a comment about the U.S. in its current incarnation having a solution to everybody’s problems.”

Mr. Dudemaine said the use of the word “savages” is troubling, and that Mr. Pound’s words suggest aboriginal people had no culture or civilization, a myth thoroughly discredited by historians.

“He just hit the nail in the middle of very old prejudices that somehow are still present in Canadian society,” he said. “It is exactly this kind of statement by a very respected person that damages all of the progress we wish to make in Canada.”

Mr. Pound said a fair reading would indicate this is a manufactured controversy. He said his use of the word “savages” was a historical reference.

“That was the word used at the time in all the literature by the Jesuits who were here. They were just generally les sauvages,” he said.

Ghislain Picard, chief of the assembly of First Nations of Quebec, said he was outraged by Mr. Pound’s comments, and called on him to resign as Chancellor of McGill University.

“Mr. Pound should himself understand the immense discourtesy of his remarks and offer to resign,” the chief said. 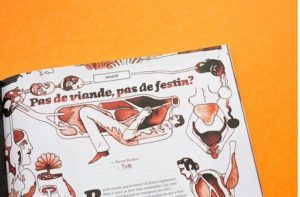